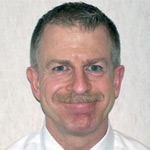 Dr. MacKewiz completed Internships in the Pediatric Department of the Eye Institute in Philadelphia, and the Ophthalmology Department of the Walter Reed Army Medical Center in Washington, DC. At Walter Reed, Dr. MacKewiz rotated through the glaucoma, external disease, retina, and neuro-ophthamology services. He also attended Grand Rounds with senior Ophthalmology residents where he saw patients referred to the center from all over the World.

Before starting his practice in Bear, he served as the Director of the prestigious Omni Eye Service in Rhode Island, a regional consultation referral center. He also was a staff Optometrist at the Christiana Care Health Center and the Nemours Health Clinic. 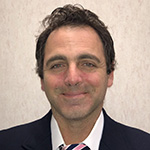 Dr. Davolos is a Delaware native and attended Archmere Academy. He graduated with distinction from the University of Delaware where he earned a Bachelor of Science degree in Engineering. He went on to the Pennsylvania College of Optometry where he received a second Bachelor of Science degree and graduated with honors upon receiving his Doctor of Optometry degree.

Dr. Davolos is very experienced in the treatment of Ocular Disease and fitting specialty contact lenses.

He enjoys hunting, fishing, spending time with his son and daughter, gardening, and racing Homing Pigeons.

Dr. Martinez received a Bachelor of Science Degree in Health Science from Aurora University in Illinois with a minor in Chemistry. She went on to receive her Doctor of Optometry degree from the Illinois College of Optometry in 2013. She then completed a Residency in Primary Care and Pediatric Eye Care and has lectured on Acquired Brain Injury. In her free time Dr. Martinez enjoys murder mysteries, Hallmark movies and spending time with her daughter and husband, who is a Surgical Resident at Christiana Hospital. Dr. Martinez is also fluent in Spanish.